I first came to Japan in 2009 with my family on a holiday trip. It was our first trip to Japan, and none of us at the time spoke any Japanese at all. Our first destination was Kyoto in Kansai prefecture (central part of Japan). It is famous for being the former capital of Japan, with lots and lots of beautiful and old Japanese cultural assets, like temples, shrines and Japanese gardens. Being one of the major cities of Japan, it is also a popular destination for foreign tourists and therefore having lots of English guide maps, signs and so on. 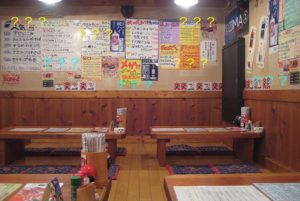 However venturing outside the major tourist spots in central Kyoto revealed that there are still lots of not-so-popular but still beautiful places to discover, but with limited English guidance and therefore mostly inaccessible for foreign tourists without Japanese proficiency. As such, even though we enjoyed tremendously the popular tourist spots inside Kyoto, there were lots of places we wanted to visit but couldn’t due to lack of Japanese skills. This was the initial motivation for me to start learning the language.
Studying the language and becoming fluent in it revealed a whole new side of Japan for me and made me fall in love with it as a country. No longer was I limited only to the few major tourist spots where everybody goes, but I could also explore the previously “hidden” side of Japan unknown to most foreign tourists. In my opinion, being a tourist and a local in Japan are totally different things and experiences, but unfortunately tourists and locals rarely interact with each other due to lack of language proficiency, contacts etc., leaving both parties with a limited and possibly unsatisfied experience.
Kanazawa is sometimes referred as “the little Kyoto” with numerous cultural assets and locations like the beautiful Japanese garden called Kenrokuen, Kanazawa castle and so on. But it is also much more than that, with countless destinations and experiences not found on any of the guidebooks. It has risen in popularity due to the arrival of Hokuriku Shinkansen (bullet train) in March 2015, but is still not nearly as accessible for foreign tourists like a city such as Kyoto, Tokyo etc. 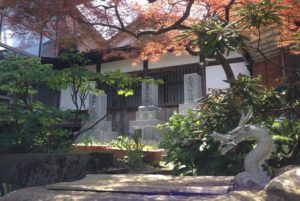 This was the reason I joined Reach Kanazawa. Having spent a considerable amount of time here and Japan in general over the years and getting to know the previously hidden part of the country while also becoming proficient in the language, I would like to introduce you to experiences and things which may be inaccessible for someone visiting the country for the first time and/or with a limited language proficiency. Join me and discover the side of Kanazawa and Japan which you may have not even thought about before 🙂